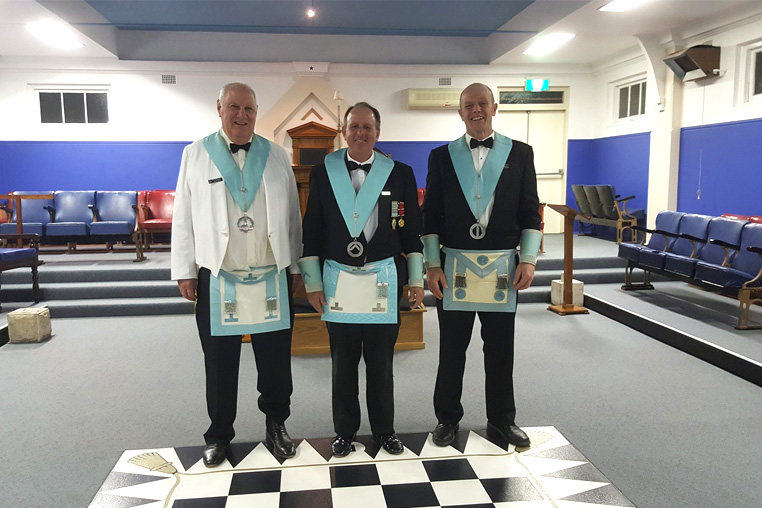 As at 2018
Worshipful Master and Senior Officers

Darren has always lived on the Northern Beaches and enjoys tennis and dancing. His interest in Freemasonry came from having Masons in his family.

Darren was initiated into Freemasonry in June 1997 into the former Lodge Freshwater and was made Worshipful Master of Lodge Warringah in 2004.

Darren then joined the Royal Arch and became Master of Chapter Peninsula in 2011/12. In 2013 he joined the Grand Chapter of NSW and held the office of Grand Inner Guard.

In 2014 Darren joined Lodge Balgowlah, and became the Worshipful Master in August 2016.

images from the lodge